"Eye hath not seen, nor ear heard, neither has it entered into the heart of man, the things that God hath prepared for them that love him" 1 Cor 2:9 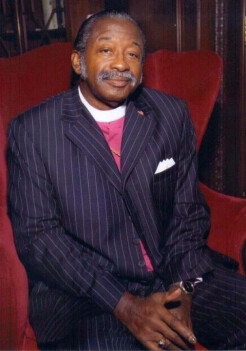 Apostle Joseph N. Brown, D.D was born May 10th 1942, the 4th of 6 children of the late Senior Bishop Henry and Mother Minnie Lee Brown.  He got an early start in ministry at a young age becoming an integral part in the youth ministry. He grew up in the Washington D.C school system, graduating from McKinley Tech High school and going on to further his education at the School of Arts and Science in Indiana, and also attending the Eastern American University where he received his Doctorate of Divinity.   While his father continued to establish the foundation, Apostle Brown (then Elder Brown) worked in congruence with him to expand the ministry. He served his father in every possible capacity, constantly providing strength and administrative wisdom for the work of the ministry and the edification of the saints.  Elder Brown met & married Pearlie Mae Ushry at the Bible Way headquarters church in NW, DC. The two  had 3 children, Darryl, Cherlye, and Delethian.  In 1962, Elder Brown was appointed Assistant Pastor of the Bible Way Church #2.

Upon the demise of his father in 1972, Apostle Brown picked up the mantle and  became the Senior Pastor of The Greater Bible Way Church.  Apostle Brown continued the work that his father had started.  Under his leadership the church and the membership flourished.  In 1978, Apostle Brown had the vision to rebuild the house of God.  The new church edifice would seat over 800 people to house the growing membership, a full-court gymnasium, prayer chapel, and more administrative offices, and in 2011, Apostle Brown also continued to build by adding the GBWC bell tower plaza.   His motto:

"A Growing Church in a Growing Community"

Apostle Brown served as pastor over The Greater Bible Way Church for 35 years.  Under his ministry and spiritual leadership peoples lives were changed, people were filled with the Holy Ghost, and baptized in Jesus name.  The ministry of Apostle Brown impacted thousands, on the local, state, and national level.

Apostle Brown was very involved on the local and state government as well.  He received many resolutions from the Maryland state Senate and Maryland Governors office for his leadership and work in the community.  On August 10th, 1997 Apostle Brown was appointed as the first African-American Chaplain of the Calvert County Sheriff's department.

Apostle Brown dedicated his life to serving The International Bible Way Church of our Lord Jesus Christ, Inc.  Apostle Brown grew up in Bible Way and served from a young age, working his way through the ranks.  He held the offices of: 1st Chaplain of the International Young People's Union, Member of the International Nomination & Education Committee, Chairman of Registration, Chairman of Exhibits, Convocation Planning Coordinator, Chairman of the Board of District Elders, Vice President of the Credential Committee, Diocese Bishop over the state of Texas, Diocese Bishop of the Maryland/Washington Metropolitan Diocese, as well as general treasurer.  In addition to the aforementioned offices, Apostle Brown served as the Co-Vice Presider, 2nd Vice Presider, and 1st Vice Presider.  On July 6th, 2002, at the 45th Holy Convocation, he was consecrated to the office of Apostle.   He used his administrative gifting's to enhance the national body.

Throughout his life Apostle Brown labored and served for the betterment and edification of the body of Christ.  He was dedicated to his family, community, local church and national church.   Apostle Brown was called home from labor to reward on May 31, 2010. 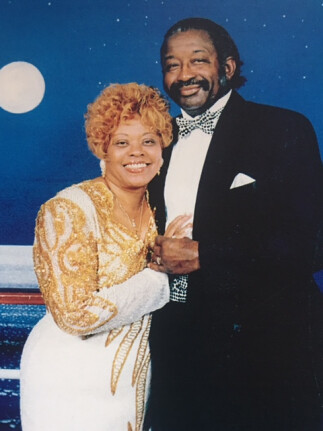 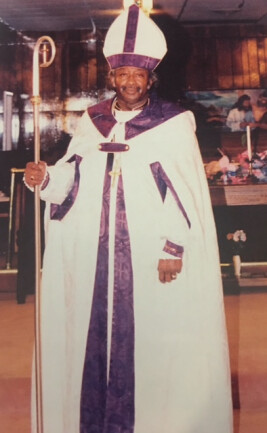